he film Star Trek (J.J. Abrams, dir., Paramount Pictures, 2009) presents an alternate timeline in which Spock is Captain and Kirk is First Officer. Kirk taunts Spock in an effort to upset him and, after beating up Kirk, Spock realizes he’s lost control of his emotions. He announces: “Doctor, I am no lon-ger fit for duty. I hereby relinquish my command on the grounds that I have been emotionally compromised.”

Even with almost 25 years of practice handling corporate air-craft purchases, I’m still surprised by how often the process takes on a very personal, emotional tone unlike that of any other business asset purchase. The issues involved in purchasing a corporate aircraft are varied and complex, including the drafting and negotiation of transaction documents, structural and tax issues, among others. Although it would be ideal to address these issues before the client’s decision to acquire the aircraft, most of the time our first meeting is to work on the letter of intent or purchase agreement, because the target aircraft already has been identified.

I routinely explain to the client the key issues to be addressed. Will it be a “hard deal” (if the seller fixes the discrepancies, buyer is committed to buy and the deposit is immediately at risk upon signing the purchase agreement), or a “soft deal” (after the inspection, will the buyer have an outright rejection right, and therefore the buyer’s deposit isn’t at risk until technical acceptance)? What should be the deposit amount? Where will the inspection take place? What are the basic delivery conditions? To what extent is the seller obligated to repair discrepancies (only airworthiness/safety of flight, or others)? Is the seller of the air-craft the registered owner or will the buyer purchase in a “back to back” transaction from a third party?

Many of these issues are driven by the objective analysis of the leverage of the parties in the transaction. Is the aircraft in de-mand? Have prices been falling? Is it a buyer’s or a seller’s mar-ket? Was a transaction on the aircraft recently terminated?

Assuming the buyer has no previous experience with an aircraft acquisition, one would think that the interaction with aviation counsel would be objective, with the client listening, asking questions, and making rational decisions. However, an aircraft acquisition can have a strong subjective emotional component. Often, I review the letter of intent, explain the issues, get buy-in on needed revisions, and then hear a telling question: “If we go back with these revisions, do you think we’ll lose the deal?” I usually reply: “It’s possible, but more likely they’ll respond with their concept of the transaction, and then we’ll discuss it.” The document is distributed, then comes back with some revisions.

In the meantime, the client has climbed aboard the aircraft, smelled the leather seats, admired the interior, and spoken with the seller’s representative. I’m convinced there’s some hypnotic drug in the leather, because inevitably, the next time we meet to discuss the letter of intent or purchase agreement, I hear the dreaded tell-tale words: “I want this aircraft,” or “I understand, but that result is not going to happen. I looked them in the eye and I trust them.”

A transactional lawyer’s job is to explain the risks; the client’s is to evaluate them and make the decision. Aircraft transaction decisions have a high economic impact. To the extent that you are affected by emotion, there is another risk: a client may agree to sub-optimal terms, blinded by having “felt” and “experienced” the aircraft.

If you feel afraid to walk away from the aircraft you “must buy,” or more importantly, tell the aviation professionals you’ve engaged to help that you’re now willing to assume all risks, stop. Take a step back and consider whether you are “emotionally com-promised” and should relinquish your command. Impatience will cost you money. So will emotion. 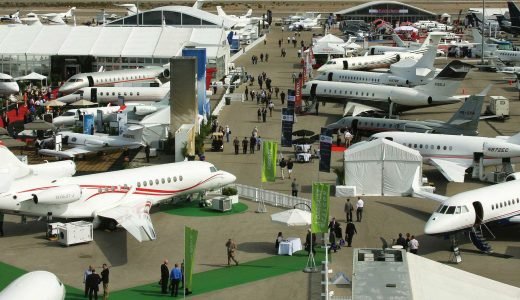