The Holiday Season is Here — Let’s Be Careful Out There!

December is a popular time to take delivery of new or pre-owned aircraft.  Some buyers of new aircraft may also be anticipating bonus depreciation this year.  But the holiday season also draws aircraft owners into the trap of using their newly-acquired aircraft for non-business entertainment flights and perhaps for international trips.  It is very important to be careful about  this type of use  in 2012 so that any tax planning that you have done (e.g. bonus depreciation, entertainment disallowance) will not be adversely affected by actual flight operations.  This can be especially surprising if you acquire an aircraft in December.  Think about it, instead of trips spread over 365 days and the ability to “catch up” with business flights, every day of December works out to be about 3% of the entire tax year of 2012 with respect to the aircraft!  So, if the aircraft will be out of the country for 17 days in December, the aircraft has arguably been used predominantly outside of the U.S. during 2012 and ineligible for depreciation.  If there is significant entertainment use in December,  the entertainment disallowance can have a severely adverse impact on the deduction you thought you had.  Let’s take an example of a new aircraft qualifying for 50% bonus depreciation that is acquired on December 15, 2012.  The entire tax year is 16 days.  You can see how each use of the aircraft can have a significant impact on any planned tax benefit.  Conservative advise is to only fly business trips with aircraft newly acquired in December 2012.  Of course, if you have owned your aircraft since January 1, 2012, it’s a good idea to take a look at your non-business and international utilization to see where you are. So let’s be careful out there!

Best wished for a happy and healthy holiday season. 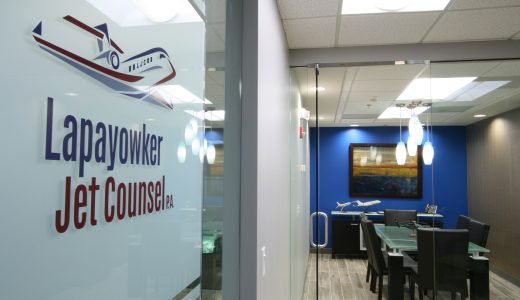