A Plane Load of Success for Humanitarian Reasons

A quest is a search for something and in this case, the quest eventually turned out to be a profitable aviation business with humanitarian interests at heart. During the recession

A quest is a search for something and in this case, the quest eventually turned out to be a profitable aviation business with humanitarian interests at heart.

During the recession there are a lot of industries suffering significant hits. A turboprop manufacturer in Idaho was just getting its business underway during the same time frame when the recession hit the hardest, giving short shrift to his dreams and plans – temporarily. The business owner, Paul Schaller, snatched victory from the jaws of defeat and niche marketed his turboprop planes for missionary and humanitarian outfits requiring access to dangerous and remote regions. His company name: Quest.
“While this might sound nice and like a worthwhile cause, this also happens to be a burgeoning $300 million market that hasn’t really gone very far since the early 1960s. This particular plane, a ten-seater $1.45 million Kodiak, is certified by the Federal Aviation Administration (FAA). Since that happened, Schaller’s deliveries have blossomed from virtually zilch to over 27, with customers standing in line,” recounted Stewart H. Lapayowker, Esq., an aviation transaction lawyer who focuses his practice on aircraft transactions in Fort Lauderdale, Florida.

Who would argue that using a plane for rescue work is a luxury? Not a lot of people and its usefulness has proved itself over and over. It’s not just the fact that the plane and the business of saving people are in demand, it’s also that this industry employs others. “In other words, it provides jobs in many areas of the business aviation industry. Odd that people seem to think this kind of work and using a plane to get to places is acceptable, when other companies who do the same thing – but do work related tasks – is out of line and unjustified,” Lapayowker commented.

Consider the fact that this small company is now making three Kodiaks a month and has back orders for 120 planes on the books. Quest expects to makes close to $60 million next year. “Part of that revenue will go back into the local community; part will go to the government. In other words, business aviation turboprop planes are more than pulling their own weight when it comes to contributing to the economy,” added Lapayowker.

“This is a heartwarming story with a moral attached to it and that moral happens to be that despite an aircraft industry that is having trouble during the recession, it is possible to make a comeback. Business aviation is the lifeblood of the country, no matter what form it takes – turboprop aircraft or business jets. They all have value that contributes to the economy of this country,” said Lapayowker. 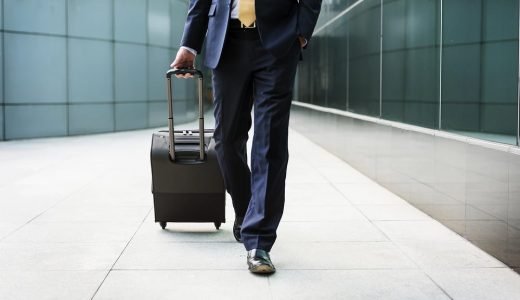 To Drive or Fly to Your Destination, That Is the Question