Seller Behavior in This Market

Over the last couple of months we’ve seen some interesting seller behavior and it raises an interesting question: why are some sellers making it more difficult to negotiate the purchase

Over the last couple of months we’ve seen some interesting seller behavior and it raises an interesting question: why are some sellers making it more difficult to negotiate the purchase of their aircraft in this buyer’s market?  One example was a seller who insisted that the buyer arrange for the shipping to the inspection facility of aircraft parts that the seller had removed from the aircraft during some refurbishment work. Huh?  Another seller of a large cabin jet received a draft of a purchase agreement the day after the offer to purchase was signed and didn’t respond to it until after the date that the offer to purchase terminated. What?  And yet another resisted bringing the aircraft to a bonafide purchaser for a viewing of the aircraft. Are you kidding?

Here we have a market in which inventory of aircraft for sale far exceeds demand, and yet some sellers are making it difficult – and not easy – to purchase their aircraft.  What is going on here?  One theory is that sellers are behaving like home sellers these days: “If you’re going to get my jet for that price, I’m going to make you miserable while you do it.”  The purchase of an aircraft is sometimes an emotional purchase, but interjecting emotions into a sale is a recipe for never selling the aircraft.   If  you’re getting the price that you decided that you wanted after a review of the market, you won’t gain anything by making the process more difficult than it needs to be.  In fact, you’re more likely to have a buyer that is more willing to walk away and buy one of the other two dozen similar aircraft being offered for sale.

A Plane Load of Success for Humanitarian Reasons 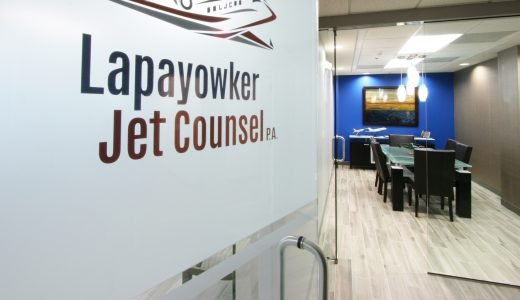