IS YOUR NEW AIRCRAFT BEING SENT OUTSIDE THE USA FOR COMPLETION AT YEAR-END?

IS YOUR NEW AIRCRAFT BEING SENT OUTSIDE THE USA FOR COMPLETION AT YEAR-END?

Many clients find advantages in acquiring title to “green” aircraft before the end of the year but are unaware of potential pitfalls that could impact the tax depreciation benefits on their lease financing. Green aircraft are aircraft that are delivered from the manufacturer but have not been completed. Typically, an aircraft that has not been painted possesses a “green” tint, hence the moniker.

When a client purchases an aircraft by way of lease financing, the lease contains certain restrictions and covenants regarding its operation. One of the most common restrictions includes limiting the aircraft’s use outside of the United States. This restriction is most often related to ensuring that the financing company is eligible to receive federal tax depreciation benefits. In fact, many times favorable terms of lease financing are directly related to the ability of the financing company to receive depreciation. What happens if the primary assumptions underlying the depreciation conclusions that the lessor reached are violated and no one in the room saw the issue coming?  Indemnities contained in the lease require that the lessee indemnify the lessor for the lost tax benefits.

Before the closing on a new aircraft, the issue of putting the aircraft “in service” by conducting a business flight is normally discussed among the working group.  In the case of a leased aircraft, the aircraft is placed “in service” once the lessor has entered into a lease with its lessee.  But the analysis should not end there. Depending on the manufacturer, completion of the green aircraft may occur outside the United States. If the aircraft delivers green in December, and is immediately taken outside the USA for completion work, it is entirely possible that the aircraft will spend the majority (50%+) of its time during the tax year outside the USA, resulting not only in a violation of the lease covenant to operate the aircraft “predominantly” in the USA, but where there is bonus depreciation in play, a risk that depreciation cannot be taken.

It is imperative that the transaction working group focus on not only the location of closing but the location of the aircraft between closing and the end of the year. If possible, you should include a provision in your purchase agreement that commits the manufacturer to keep the aircraft in the USA for more than 50% of the number of days between closing and the end of the year before it takes the aircraft out of the country for completion.  We have found that manufacturers are amenable to such arrangements (it is unlikely that much work will be done the last 10 days of the year on a newly delivered aircraft anyway).

To comply with U.S. Treasury Department and IRS regulations, we are required to advise you that, unless expressly stated otherwise, any U.S. federal tax advice contained in this e-mail, including attachments to this e-mail, is not intended or written to be used, and cannot be used, by any person for the purpose of (i) avoiding penalties under the U.S. Internal Revenue Code, or (ii) promoting, marketing or recommending to another party any transaction or matter addressed in this e-mail or attachment.
Nothing contained in the foregoing should be relied upon as legal advice appropriate to your situation which can only be given by your own legal counsel.
Linkedin
Twitter
Twitter
Facebook 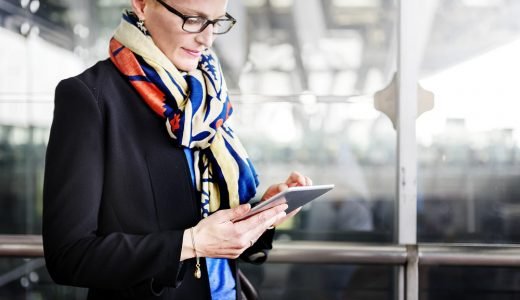